Adam Steiner writes books, poetry, and journalism based in London and Coventry

Writing articles, essays and reviews for The Literary Consultancy, The Quietus, 3:AM, Louder Than War, The Author magazine, Mercurius journal, Headstuff, Hong Kong Review of Books, and Nothing In The Rulebook.
Writing portfolio

1980 — David Bowie stands at the crossroads of the decade where avant-garde pop, new wave and post-punk meet to confront the ghosts of his past and fear of the future.

With the Blitz Kids and the New Romantics emerging in his wake Scary Monsters (And Super Creeps) bids farewell to Bowie’s golden years of the 1970s. Entering a world of paranoia, alienation, and state terror racing towards the end of history, Bowie faces up to brute realities of the emergent Eighties society and doomed romance of fading youth

This is David Bowie as pierrot clown of everyday romance, suffering and song — when the mask finally slips to reveal David Jones, the man within.

Featuring exclusive interviews with close collaborators discussing the making of the album and hit singles “Fashion” and “Ashes To Ashes” Silhouettes And Shadows explores the songs, the times and the sounds of Bowie’s new decade.

Into The Never: Nine Inch Nails and the Creation of The Downward Spiral [2020]

Ushering in a new era of confessional music that spoke openly about experiences of trauma, depression, and self-loathing, Nine Inch Nails’ seminal album, The Downward Spiral, changed popular music forever—bringing transgressive themes of heresy, S&M, and body horror to the masses and taking music technology to its limits.

Released in 1994, the album resonated across a generation, combining elements of metal, industrial, synth-pop, and ambient electronica, and going on to sell over four million copies. Now, Into the Never explores the creation and cultural impact of The Downward Spiral, one of the most influential and artistically significant albums of the twentieth century.

Inspired by David Bowie’s Low and Pink Floyd’s The Wall, the album recounts one man’s disintegration as he descends into nihilism and nothingness. Blurring the lines between autobiography and concept album, creation and decay, it is also the story of Trent Reznor (who is Nine Inch Nails) as he pushed himself to the edge of the abyss, trapped in a cycle of addiction and self-destruction. The Downward Spiral also presents a reflection of America and a wider culture of violence…

Nathan Finewax is a cleaner in a hospital where staff cheat, lie and steal to get ahead, where targets, death tolls and finance overrule patient care, and every day the same mistakes are repeated in a seemingly unstoppable wave of failures. Nathan is sucked deeper into the hospital routine as he dreams of escape, trying to avoid one day becoming a patient himself in this house of horrors. Based on the author’s experience working in the NHS, Politics of the Asylum is a nightmare vision of the modern healthcare system.
Read More

I have lectured on Creative Writing and Publishing at Coventry University and worked in schools with White Water Writers, The Complete Works (TCW), and Eastside Educational Trust.

I mentor through Arts Emergency – supporting young people to get access into creative industries.

In 2017 I produced the Disappear Here project – 27 x collaborative poetry-films about Coventry Ringroad. 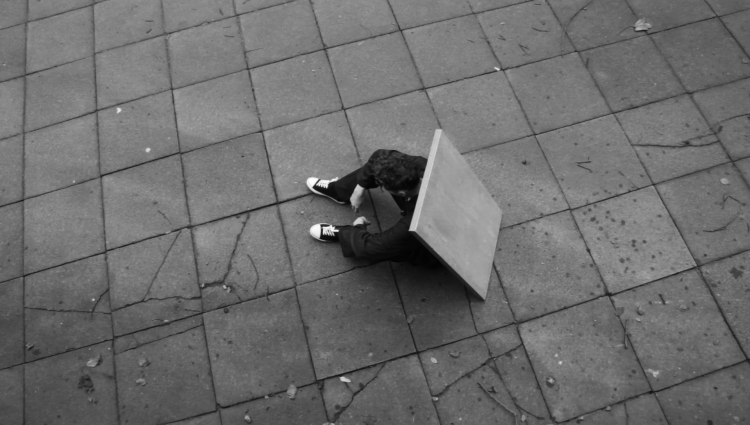 Find out more about my current work